Payment Paranoia or Why I don’t accept cashier’s checks 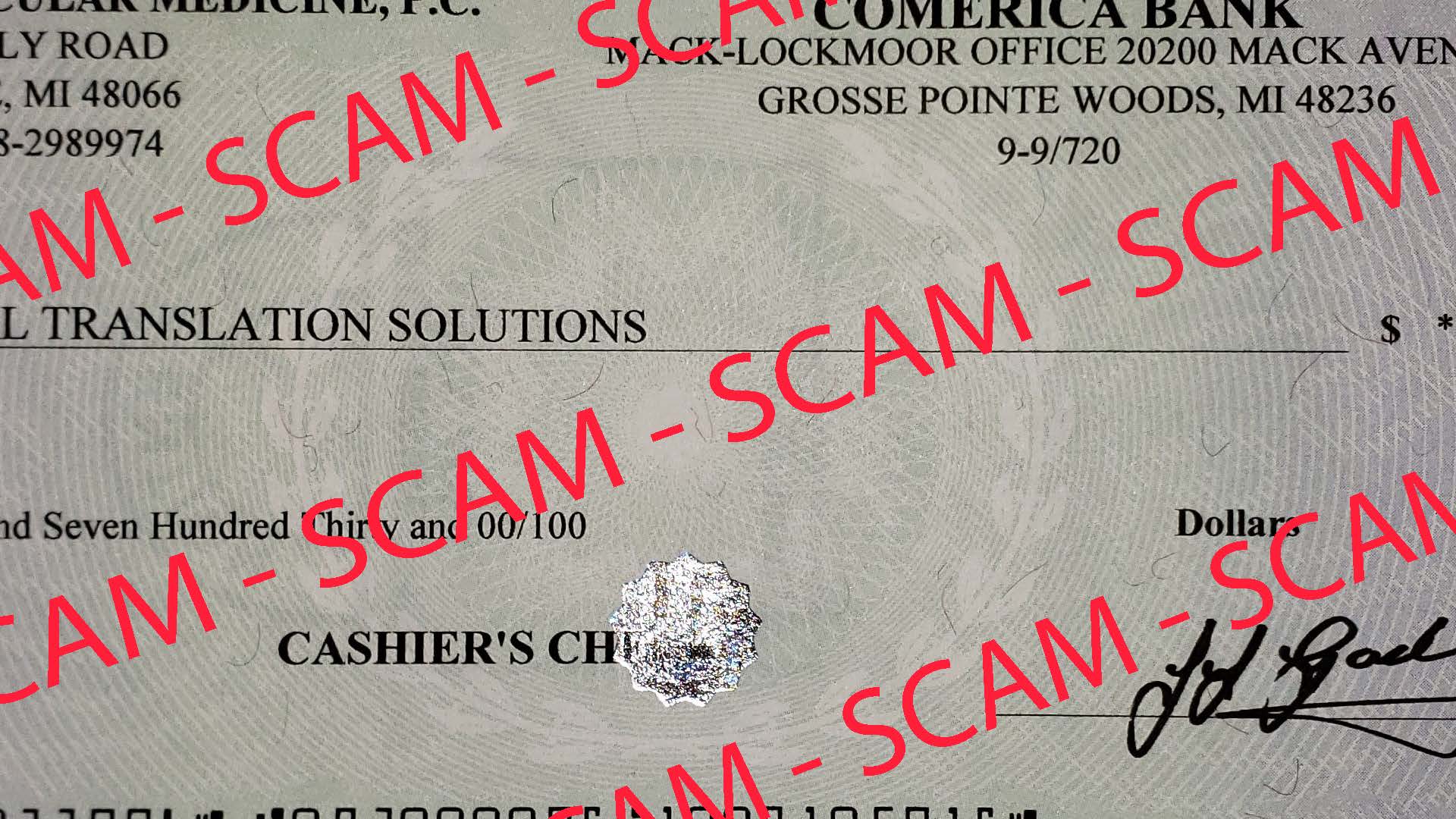 Payment Paranoia or Why I don’t accept cashier’s checks

The first time someone contacted me through my company website I was elated. The site had been up for about a month and, other than the usual spam, I had yet to receive any offers of work. When the email from “Paul Smith” arrived requesting a quote I was ready. It seemed odd to me that the files I received to translate were huge and at three weeks the turn-around time was pretty quick, yet I remained optimistic. I knew I could do it if I started immediately, but it would cost quite a bit. So, I sent him a quote and asked that he confirm the project due date. The response contained the first pink flag in “Paul’s” story, he quickly accepted the quote amount no questions asked and said he would pay me via cashier’s check. The second pink flag was that he did not provide a solid date for when he needed the translation. In my experience, the date that the translation is required is very important to any project and is firmly established at the beginning. Despite my trepidation, an accountant friend told me to look at the opportunity cost. I did not have much work and could use the practice, and if the project ended up being a scam then at least I did not lose out on legitimate work. In an effort to verify that this was all real, I looked up the address “Paul” had included in his email and searched for the location online. What I found there seemed to be related to the subject matter of the documents he had sent me. Since I have had some trouble getting paid in the past, I asked “Paul” for partial payment up front and, again, when he needed the documents. He replied that he would send me the cashier’s check right away, though the due date again went unanswered. In the meantime, I moved ahead with the translation during our negotiations. I felt cautiously optimistic that this work might be worth it.

I did not hear from him for several days, and then he sent me the email that confirmed my suspicions that this was, in fact, a scam. First “Paul” told me he had been away at a funeral, which is apparently a common theme used to garner sympathy for the scammer. Then, “Paul” wrote that they had accidentally sent me a check for the wrong amount and that we could figure out how to return the extra money once the check cleared my account. At this point, I immediately stopped all work on this project. Unfortunately for “Paul,” I had attended a CHICATA seminar that went into detail about common scams perpetrated on translators and, even more recently, I read a couple of articles about cashier’s check scams. Specifically, how the scammer sends the victim a fake check for an amount larger than the original contract stipulated then asks the victim to wire the excess money back. Oftentimes, banks will make funds available to their customers before they are able to verify if a check is real. Once the money appears in their account, the victim wires the money to the scammer quickly, so as not to be rude, and by the time the bank finds out the check was a fake your money is gone.

A few days later the check arrived and I noticed several interesting details that further indicated to me that it was a fake. “Paul” had included a Texas address in his email, but the check had been mailed via USPS priority mail from Utah. The check itself appeared to have been issued by a bank in Michigan. The payer name was of a medical group in Michigan which was completely unrelated to anything I had seen from “Paul” before, and the check was more than double the quoted amount for the project. As soon as I received it, I took the ATA’s advice and searched for the issuing bank online to find their contact information. Since it was in fact a real bank, I called them and asked if they had issued a cashier’s check for that amount to Original Translation Solutions. They could find no record of the transaction and asked if I could bring the check in, since I am several states away, I emailed it to them instead. The next morning, I received an email from “Paul” asking me to confirm receipt of the check. The scam relies on a quick turnaround, so the bank does not have the time to make sure the check is real; “Paul” wanted his money. I ignored the email. A few days later the bank manager emailed me to confirm that the check was not real, and “Paul” emailed me again. I felt it was better not to engage with this person who could mess with my business and that instead I would pass this information along to several organizations who might be able to do something about it. I have included links to those organizations below.

Luckily, a little knowledge can go a long way if you encounter one of these scammers. Here are a few things to keep in mind so that you are not taken advantage of:

Finally, don’t let paranoia stop you from accepting potentially lucrative work. Not everyone is a scammer and you have to take chances for your business to grow. Just keep your eyes open.

So, thank you, but no, I do not accept cashier’s checks. 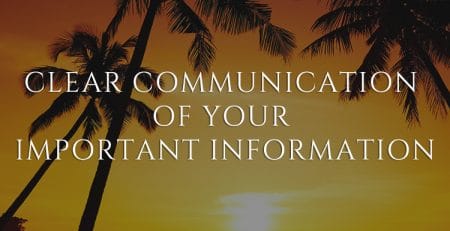